Kindred the Family Soul is a vocal duo from Philadelphia consisting of husband and wife Fatin Dantzler and Aja Graydon. The dynamic pair have been compared to past duet greats such as Nick and Valerie Simpson & Tammi Terrell & Marvin Gaye.   Both began as solo performers. Dantzler was born in Philadelphia and got his start in the music business writing songs for Pebbles and Bell Biv DeVoe. Graydon, from Washington, D.C., had a solo deal at the age of 15. The two united, began writing songs, leading to marriage and a family.

Dantzler and Graydon began performing at the Black Lily club, where they caught the attention of Jill Scott, who took them to her label, Hidden Beach Recordings. They were signed and spent the next two years working on their debut Soul Train nominated, best album, Surrender to Love, which was released in February 2003. The follow up Album,” In this life together” was released in 2005 and earned a BET Award.  2008 saw the release of the duet’s third album “House of Love”.  In 2010 Kindred successfully launched a hit web based reality series “6 is it”, depicting the day to day lives of their family. 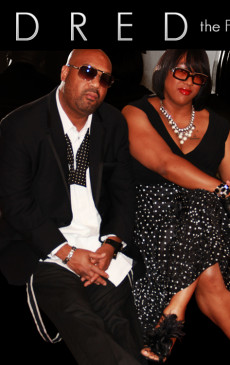